Who do our kids get there silliness from? Both of us. Oh, don’t get me wrong they cultivate it themselves, but yes, we are the original trainers of the silliness. I remember the first time Alexis and Jaymes-Irish joined forces and turned the tables on me in the busy grocery store. I was on a strict deadline, stressed and not in a good mood at all…then out of nowhere my kids turned into chickens. Yes, chickens. They started clucking and walking…the full walk of a chicken; one leg after another being extended behind their bodies. It was pay back really for all the years I did it to them. AND. I. LOVED. IT!

I’ve heard over the years it being said that one cannot be their child’s friend, i

t makes a parent an enabler. They say a parent has to keep order and discipline. No child has respect for parent that they are friends with. I’ve also seen the many post on various social media outlets over the years (the ones that get so much attention) that say “You are their mother not their friend.” However, a wise woman, my mother-in-law of course, told me when my son was young that while I should be his friend, I simply cannot only be his friend and I certainly cannot often be it first. I knew immediately in my heart that was the right answer.

I frequently wonder what all of these other parents consider a friend. Am I ever looking to hang out at the mall with my daughter and a group of her “friends”? Definitely not. Did I feel compelled to go sit in my children’s room when their “friends” were over? Certainly not. However, that isn’t the deepest part of friendship. Those moments may be fun, but friendship is deeper. It goes far beyond being there during the fun times. Friendship is, by definition, a person with whom one has a bond of mutual affection and respect. It is a person with whom one is allied in a struggle or cause; a comrade. One with whom another likes and trusts. One who is regarded with affection and loyalty. One who stands firm in support of another in affection and forgiveness. (thefreedictionary.com, dictionary.com and google.com).  We are that friend to our kids. Also, I know the term “enabler” in Psychotherapy can be positive or negative; unfortunately, many people who aren’t familiar with Psychology only know the negative connotation from simply hearing about it. An enabler, in the positive, is someone who provides another with the means or opportunity; to empower; to allow individuals to develop and grow. We are also their enablers. I have no doubt that God gave me these incredible human beings to love and nurture; to befriend and help. To guide when they are young and advise when they are older. To enable them to develop and grow. We enable them to face their own behavior and consequences.

I once heard a parent tell their small child that his nose would grow if he lied. This baffled me. Hmm… You lie to them to get them to tell the truth so they can learn that lying is the way to get something you want? Let’s see how that works out for you in the future of your parenting. When one of my children have lied I handled it as my dad once did with me; I tried to help them understand why they were lying. Then, I helped them work out the fact that I won’t always be happy with the truth, however, I hope they learn to trust me with the truth anyway. Then we’d soon move on to doing the right thing so you don’t have to lie in the first place. 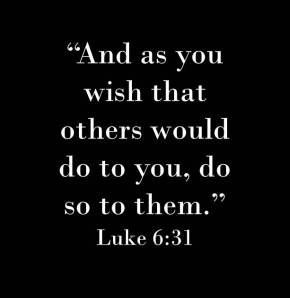 (a person with whom one is allied in a struggle or cause.) We knew we could be our kid’s BEST ally. To be an ally is to unite or connect in a personal relationship in a mutually beneficial way.  It is a helpful association with another. One who associates or cooperates with another; a supporter (thefreedictionary.com,dictionary.com and google.com). Being firm in our parenthood is being a good ally to our kids.

People have often asked us if we were afraid our kids would lose respect for us since we are “friends”. I can tell you what we believe about respect: showing ‘respect’ isn’t the same as having respect. When you HAVE respect for someone it isn’t based in fear; it is based in having a deep admiration for someone or their abilities, qualities, or achievements. If you only want someone to SHOW respect then intimidate them, however it is empty and unrewarding. On the other hand if you EARN a person’s respect by having their admiration it is fulfilling. When someone GIVES you their respect, they do so freely because you are deserving, not self-serving.  So, no we didn’t feel like we would lose our kids respect by being one of their closest supporters in this world. Or by sharing our pasts with them.

It’s incredible when we can share a similar story after one of our kids feel remorse over a mistake or something they did wrong. Not only does that forge an even deeper relationship with them but it also shows them that we are all alike in life in the fact that we all do things wrong sometimes. It’s learning to not repeat the same mistakes that make the difference.

I can imagine the teeth grinding happening now since the words “parents”, “enabler”, “friends”, and “children” 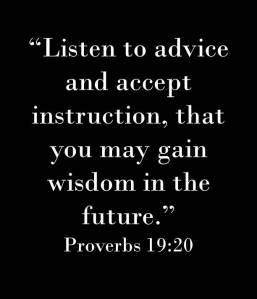 don’t mix well for many people. In my years of counseling, those words were often the ones I’ve had to help people overcome the most. Now, some of you are confused since you only know me as the Advertising, Public Relations, and Photography professional, however counseling was my first love. Through the years it was those four words that were the most negative for people – especially when you mix them together.

To be clear, we have strict rules. We also have open minds. When our kids come to us with a request to change a rule or relax one, we will truly consider it. They respect that. They also know they cannot manipulate us so they come to us in honesty. We respect them in return for that. We know correction doesn’t have to be humiliating. You may feel humbled by it, but to humiliate your child on purpose is negative and unproductive.

Parenting is tough but I’ve always believed being a kid is tougher. When people tell my children “Being a child is easy, enjoy it while you can.” (Yes, people actually still say that!) I always follow it up with some variation to “Being a child is tough! You aren’t in control of much, you can’t typically make most of your own decisions, you are always expected to follow other people’s direction and you can neither make much money nor decide how to spend it. Being an adult is much better. You can work and buy stuff, have your own house with your own rules, and make decisions for yourself. You can have a spouse to share your burdens and successes with and children of your own to understand one day. You can decide to mow the grass yourself or hire someone to do it. Life will still be tough; however you will just have more control over the way you get through the tough times.” I always add that life is tough for all age groups; either way it can also be silly and fun.

That’s my point, life is tough. If our children don’t have us as a friend and ally in this world, who will they have? If we are simply the strict disciplinary and teach them to only follow the rules without question or reason, who will they follow after they become an adult and our control over them is gone? Moreover, I don’t want to have to wonder if they will thoroughly rebel against all rules and laws because they were never given the capacity to understand why we have them. Finally, and most important for us all, when will they recognize a truly unfair and uncivil rule or law and work to change it?

The day will come that I will leave this earth. We all have a time to die. I don’t want my legacy 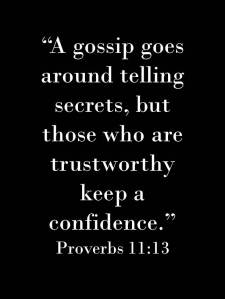 to be that I was honest or that I didn’t return wrong for wrong, or I, for the majority, didn’t go around cursing at people, although it has happened (see previous post). I want my legacy to be that I loved deeply and tried to understand those I loved. That I forgave as I was forgiven. That I often simply put away all the seriousness of life and enjoyed it. And I knew, without a doubt, that every hurdle in life can become a rewarding lesson if you see it through.

Sometimes, in between the tough parts of life, you just need to be silly together with your kids. Ride around and dance in the car. Get a fit of the giggle’s over something stupid. Make funny faces and take pictures of those memories as much as you can. Or cluck like a chicken with your kids in the middle of the grocery store.

However, sometimes, and these are the most important times, you have to be that strong ally in a struggle. You have to give them the authority that allows them to develop and grow. You have to be their truest friend and their biggest enabler.

A VIDEO FOR MY KIDS

The Sun Is Rising – Britt Nicole