Not long after my first book release in June of 2017, I started planning a special surprise for my husband. I knew we’d have a lot going on in 2018, from me publishing my second novel, starting another company and publishing a magazine. However, I also knew we couldn’t wait any longer, this was the year. So I started planning.

When I first married my husband in 1991 we had a beautiful, traditional church wedding. I wasn’t shocked to see what my mother and Aunt Gail, my dad’s sister, had accomplished in such a short time, because I’d seen them throw parties together that rivaled ones where people had a year or more to plan. So, it came as no surprise that our wedding was perfect. 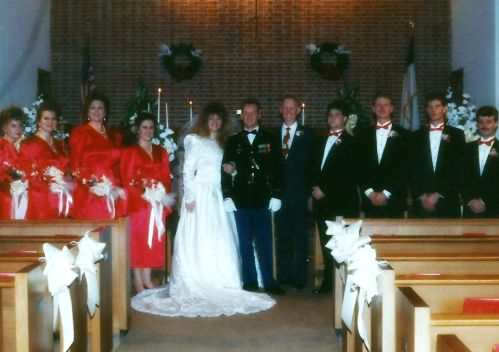 However, when we first started looking for dresses, my aunt, (the queen of etiquette), quickly let me know that my dress couldn’t be white; etiquette would only allow an off-white dress. I wasn’t a virgin and on top of that I was pregnant…in The South. The “can’t wear white thing” didn’t really didn’t bother me, until I told Larry. He said no one should make me feel less than perfect. Not only are we in love, but he also thought that if etiquette makes people feel bad about themselves or dirty then it should be tossed out the window (not his exact words). However, still, I wasn’t allowed to get a white dress. The answer is “yes” for those of you that are asking, I was an adult, 21 years old, but in my family those decisions weren’t left up to me. So, I found a beautiful off-white satin gown and had a lovely wedding. Now, luckily in most of the pictures it did look white, however, it wasn’t.

SIDE NOTE: Much of etiquette was designed to separate classes, hence making people feel “less than” and also apparently for keeping women in line, since public shaming for having had sex out of wedlock was NOT wearing a white dress at your own wedding.

I know many of you may think it’s ridiculous that I wasn’t allowed to wear white, but etiquette was important in our family for a few reasons; One was that our mother grew up very poor and wanted to separate herself from that. Another reason was that our dad grew up not poor. An additional reason was that during most of our younger years (1965–1980) our father’s uncle served as Mayor of Baton Rouge. Lastly, Aunt Gail was very serious about etiquette; she was a home economics teacher and national speaker on the subject. She won an award for devising a way of NEVER forgetting how to set a simple place setting. So, for those reasons, many of the societal rules were instilled in my sisters and me. Hence, I didn’t think much of it when I was informed I wouldn’t be wearing a white dress. 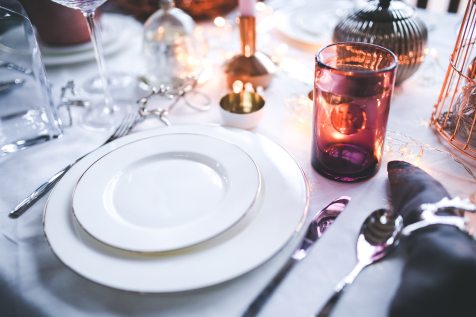 Flash forward twenty years, after a major car accident I had in 2011, my husband joked about going to Vegas and getting remarried by an Elvis impersonator (read about that here), to which I joked that I might even wear a white dress regardless the time of year (there is a triple meaning in that, because I wear black most days, I didn’t get my white wedding dress originally, also because you weren’t/aren’t supposed to wear white clothing in cooler seasons, it should be off-white – except for a wedding dress, if you were virginal – and no white shoes after labor day… **PAUSE** EXACTLY! Phew!) Anyway, that year, the year of my accident, was also the same year Larry started the process of retiring from the military. A lot changed that year. Following the accident, I lost my business. To be honest, I lost a few friends and a bit of myself. Those losses weren’t bad, though. I gained a new direction, new friends, and a new perspective on life.

Throughout the years prior, we would talk about things in our wedding that we really would’ve changed or improved upon if we could do it all over again. One of the things we would change, as I have clearly driven home, is that I WOULD wear white. I would also wear black, because I could. Another thing, was that Larry’s brother, Patrick, would be in the ceremony. At the time we married Patrick was overseas. Also, that his sister, Melinda, would be in it. She and I weren’t close in 1991, so when I asked her to be a bridesmaid, she declined. This time, I’d also wear contacts instead of glasses. At the time of our original wedding I couldn’t wear contacts and in lieu of not seeing Larry’s face I wore the glasses. We also discussed through the years having our closest family and friends be IN the wedding, instead of spectators.

Soon, the idea of a vow renewal and doing it “our way” went from being a quirky thought, to earning a top slot on my bucket list. I even picked out a trendy wedding hashtag!

I can say, life rarely goes the way we plan it, but you do have to make decisions along the way. Should I do what I’m “supposed” to do? What will people think? What if I fail?

When Larry and I met, in high school, we were told by many people that we didn’t “belong” together and that it would never work. To this day he’s the best thing that ever happened to me! When our children were young, we were told how we should parent. One of our daughter’s friends’ father even said we were “enablers” for talking to our children calmly, being so forgiving and having no set curfew for our children (read more about how we ARE enablers here). When I started my businesses, I was told how I should run them. When Larry retired, how he should spend it. My magazine has critics, so do both of my novels, mainly for having “too much” God; I can absolutely guarantee all the others will as well.

Now, back to when I first started planning our vow renewal ceremony, several people thought it was silly. That’s okay. If I’ve learned anything it’s that everyone is full of advice for you, but it’s you who must live it. And being silly together is one of the MOST IMPORTANT things you can do in life. I’ve also learned that people devalue things that are important to you, but doing those things don’t have to be important to other people. None of us have to follow the same plan as everyone else. We can be as different as we really are. There are so many rules, even simple etiquette, that tell us how we are supposed to live.

Sometimes, other people break the rules of society and you have to deal with the consequences. One such “rule” that is STILL grievously prevalent, yet an unwritten rule, is that if you’re parents are divorced, you are somehow broken. You are tainted, from a “broken home” and somehow not as valuable. My husband is from a divorced home and has never considered himself broken or invaluable because of it; Neither have I. However, he clearly remembers many adults treating him as though he were, all because his parents chose to not be together anymore. One of the best articles I’ve ever read on the topic is by Mary Widdicks (found here).

As I said we were raised to value etiquette. Rules of society are important. It teaches us more than just which fork to use. It also teaches us respect for others, manners and the proper way to behave in certain settings. Boundaries if you will. However, the older I get the more I realize many of those rules do indeed make people feel bad about themselves.

At the very least it can make someone feel uncomfortable; at its worst, unworthy.

So last year, with the BEST ELVIS IMPERSONATOR EVER and top Saints Superfan, I wore that white dress, with that black jacket, surrounded by many of our friends and family and renewed my vows to my incredible husband!

Going into this New Year I’m reflecting like most everyone else. The vow renewal ceremony meant so much more to us than just being silly or whimsical. And while it was fun, it also represented something serious and fulfilling: a new start, changing, overcoming, and living life…

And the one thing that ties all of it, life, together…

Yeah, wait for it…

WE DID IT OUR WAY

And I wouldn’t trade a minute of it. 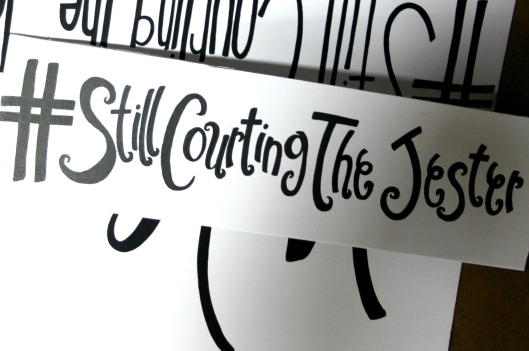